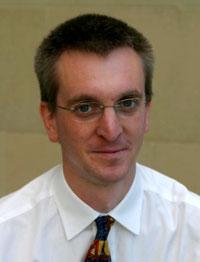 I was elected as a parent governor in 2009 having had my son at the school and with my daughter still at Puss Bank.  When my daughter also went to Tytherington 18 months ago, I became a community governor. In 2013 I became the vice chair of the governors.  I am currently the governor with a special interest in Maths teaching, and also a keen supporter of the staff development strategy and performance management.
I've worked as a professional scientist and manager at Zeneca and AstraZeneca for 18 years at Alderley Park and now at a small spin-out business which I started with two friends. I live just off Buxton Road and when not helping raise two teenage children, I'm a leader with the Sutton Explorer Scouts, a member of St Peter's church on Windmill street and when possible practice aikido in Sutton for a bit of exercise.